Hollywood star Ben Cross with amazing stories will take you through the secrets of the richest folklore on the planet.

The show that blew the audience away!

Since his debut on the professional stage in April 2003 until now, the concerts and performances performed by the ensemble in Bulgaria and in the world are nearly 2500. The ensemble has toured in 24 countries around the world, including twice on Broadway in New York, USA. The biggest tour abroad in the biography of the ensemble was in October-November 2015, when “BULGARE” performed 25 performances in the Netherlands.

His repertoire presents the author’s performances “This is Bulgaria!” (2003), “Bulgaria through the Centuries” (2006), “Albena (2007) and” The Eighth Wonder “(2016). The script, choreography and directing of each show are the work of the creator and producer of the ensemble Hristo Iv. Dimitrov. 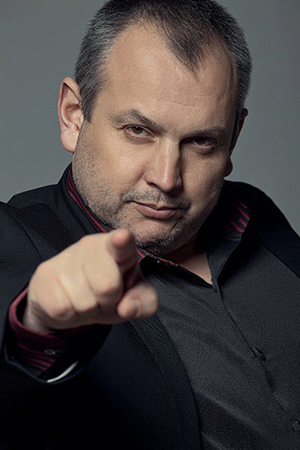 Hristo Iv. Dimitrov is a Bulgarian choreographer and director, most popular as the creator and producer of Bulgarian National Folklore Ensemble “BULGARE”.

He was born on October 7, 1969 in Varna, but lives and graduates from Shumen.

In 1994 he graduated from Choreographic Directing at the The Academy of Music, Dance and Fine Arts in Plovdiv.

Creator of the National Folklore Ensemble “BULGARE” and its repertoire.

On October 1, 2002, together with his sister Elena and with the financial support of the British citizen Ian Charles Anderson, he launches the Bulgarian National Folklore Ensemble “BULGARE”. It has become the largest private professional folk ensemble in Bulgaria and Europe. 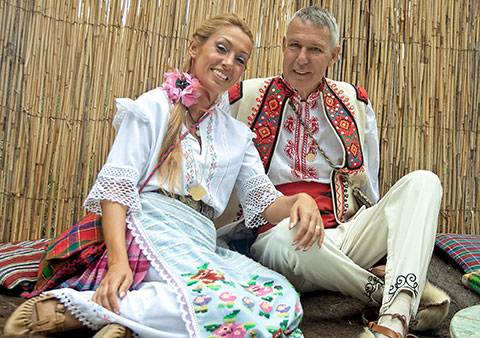